Cameras found in the “ZAD du Carnet” in august (France)

The information below comes from a recent article published by Reporterre, a left-wing environmentalist media. The article in question, whose “legalistic” approach disturbs us, can be read here: https://reporterre.net/Au-Carnet-des-cameras-cachees-et-illegales-pour-surveiller-des-ecologistes (in french).

In august 2020, four cameras were found near the “ZAD du Carnet”, a place of struggle against the creation of an industrial area, in Loire-Atlantique, in the west of France. The cameras were found on august 31, and “appear to have been installed right before a « weekend of resistance »” organized there on august 29 and 30.

The four cameras, hidden near an access gate to the area, were “camouflaged in a fake tree log and fake stones“. They “filmed continuously and were connected, via buried cables, to large batteries and modems, also concealed, allowing images to be sent directly to a remote station“.

Below, you will find a picture of the devices found, two pictures of the objects in which they were hidden, and a map showing the positioning of the cameras around the access gate. 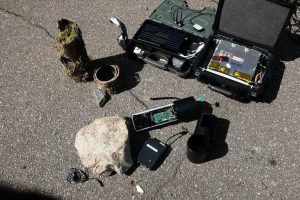 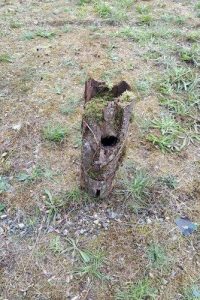 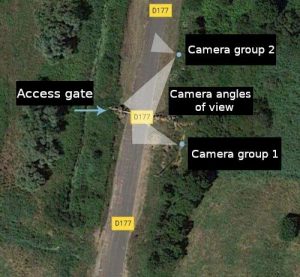